The not-so-distant future of motorcycling equipment is brimming with new technology that aims to make your ride safer and more interesting than ever.  For those of us that film our rides, whether it be for recreational, safety, or social purposes, Bell is teaming up with 360fly to put out one of the sleekest integrated helmet cams to date.  This new design features a fully integrated 360 degree camera that is positioned on top of the helmet for optimal viewing angles and maximum stability.  Along with the 360 degree recording, Bell is touting advanced functionality such as live-streaming, and even a collision avoidance warning system that can alert the wearer to potentially hazardous obstacles.  Though Bell has not set a release date for their new line of smart helmets, expect these to be available sooner rather than later. 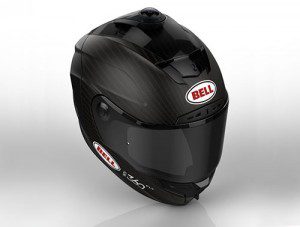 As technologies for smart devices become cheaper and more compact, the possibilities for gear integration continues to grow.  Over at BMW, concepts have been put on show at CES 2016 for an integrated Heads-Up-Display (HUD) that can provide the rider with real-time information without having to look away from the road.  While this is not a new concept with companies like Skully working to bring helmets with HUD technology to market since 2014, BMW has teamed up with a company called DigiLens, based right out of Sunnyvale, CA to produce an ultra compact lens system that uses what they call “complex holographic diffractive optical structures” which eliminates the need for a heavier projector system.  Along with video capabilities, BMW aims to integrate relevant traffic, gps, speed information, and potential collision avoidance warnings, as well as other future functionalities. 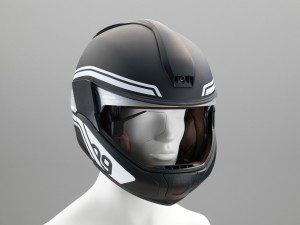